SUPER BOVRIL Published anonymously in 1871 this novel follows in the traditions of a hollow earth theory already explored in [Niels Klim's Journey Under the ground] in 1741 and [Symzonia] in 1820 ... Read full review

This 19th century novella describes an encounter between the unnamed narrator and an underground civilisation he comes across when he becomes trapped down the bottom of a shaft in a mine, after his ... Read full review

Edward Bulwer-Lytton, Lord of Lytton, was born on May 25, 1803 in London, England. He entered Trinity College, Cambridge in 1822, won the Chancellor's Gold Medal for English verse in 1825, and received a B.A. degree the following year. He was a novelist, poet, playwright, and politician. He coined the phrases the "pursuit of the almighty dollar", "the pen is mightier than the sword", and the opening line "It was a dark and stormy night". He wrote in a variety of genres, including historical fiction, mystery, romance, the occult, and science fiction. His works included Falkland, Pelham, Eugene Aram, The Last Days of Pompei, Ernest Maltravers, Zanoni, The Last of the Barons, The Caxtons, and A Strange Story. He also published several volumes of poetry including Ismael and The New Timon. His best known play was The Lady of Lyons. He served as the Secretary of State for the Colonies in from 1858 to 1859 and played a large part in the organization of the new colony of British Columbia. He became Baron Lytton of Knebworth in July 1866 and thereafter took his place in the House of Peers. He died on May 23, 1873, just short of his 70th birthday. The cause of death was not clear but it was thought that an infection he had in his ear had affected his brain. 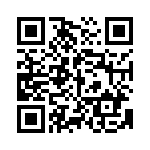