13 other sections not shown

Asa Briggs was born in Keighley, England on May 7, 1921. He received a BA in history and a BSc in economics from Sidney Sussex College, Cambridge in 1941. During World War II, he worked at Bletchley Park, the Buckinghamshire country house devoted to cracking German wartime codes. He taught at several universities including the London School of Economics; Worcester College, Oxford; Leeds University; the University of Sussex; and Open University. He wrote several non-fiction works including The Age of Improvement, Victorian People, Victorian Cities, Victorian Things, and a five-volume history of British broadcasting. His last two books were the autobiographies entitled Secret Days and Special Relationships. He died on March 15, 2016 at the age of 94. 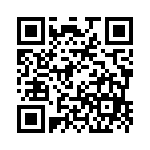