7 other sections not shown

Jane Robinson is a writer and lecturer. Her popular books on women travellers (Wayward Women, Unsuitable for Ladies, Angels of Albion and Parrot Pie for Breakfast) have won her acclaim as a social historian with an appreciative eye for eccentricity. 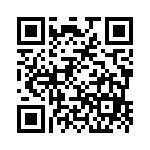