David R. Anderson, professor of English at Hiram College, has a B.A. from Hiram College, M.A. from the the University of California at Berkeley, and Ph.D. from Case Western Reserve University. He has written extensively on regional literature and architecture. 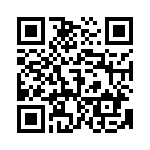