This is not an easy book for me. Much of the language is hard to master, with ordinary-sounding words used in surprising ways. For example "evasion," which seems to be about pragmatism's move away from epistemology, and about maybe much more. Read full review

Cornel West is the Class of 1943 University Professor of Religion at Princeton University, and author of the influential Race Matters. His recent work includes two books he coauthored on public policy issues: The Future of American Progressivism and The War Against Parents. 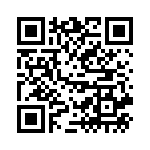