Compiled and edited by the brothers Safir(e), this sequel to their Good Advice ( LJ 6/1/82) is not merely a collection of quotations; as the preface notes, ". . . we specialize in the imperative mood ... Read full review

As the word maven in the Sunday New York Times Magazine, William Safire is the most widely read writer on the subject of the English language. In addition, he has for the past quarter century written a twice-weekly political column for The New York Times, for which he was awarded a Pulitzer Prize. A former speechwriter in the Nixon White House, he is the author of twenty-six books, including his most recent book on language, No Uncertain Terms; Safire's New Political Dictionary; the speech anthology Lend Me Your Ears; and four novels, two of them historical: Scandalmonger, about early nineteenth-century journalist Thomson Callender, and Freedom, a bestseller about Lincoln and the Emancipation Proclamation. 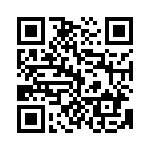