Since Eliot identified so deliberately with all things British, his Americanness is often played down in studies of his work. Oser (English, Millikin Univ.) examines the poet's American literary ... Read full review

Lee Oser is an Edward Bennett Williams Fellow and Assistant Professor of English at the College of the Holy Cross, in Worcester, Massachusetts. 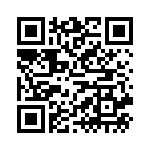