Page 18 - But when an adventurer is levelled with the rest of the world, and acts in such scenes of the universal drama, as may be the lot of any other man ; young spectators fix their eyes upon him with closer attention, and hope, by observing his behaviour and success, to regulate their own practices, when they shall be engaged in the like part.‎
Appears in 119 books from 1792-2007

Anna Lott is Professor of English and Coordinator of Women’s Studies at the University of North Alabama. 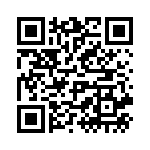