Michael Daniels, PhD (b. 1950) was formerly Senior Lecturer in Psychology and Co-Director of the Consciousness and Transpersonal Psychology Research Unit at Liverpool John Moores University (LJMU) where, in 1994, he co-founded the ground-breaking MSc in Consciousness and Transpersonal Psychology. A chartered psychologist and Associate Fellow of the British Psychological Society, he served as Editor of Transpersonal Psychology Review from 2008 to 2013. He taught in higher education for more than 30 years, in the areas of humanistic psychology, transpersonal psychology, parapsychology, research methods, personality theory, developmental psychology, and counselling. For six years (1993-1998) he also trained and practised as an honorary psychotherapist (psychodynamic) in the National Health Service. His publications include numerous articles and chapters, and three books: Self-Discovery the Jungian Way: The Watchword Technique (1992/2015), Shadow, Self, Spirit: Essays in Transpersonal Psychology (2005/2021), and The I Ching Oracle: A Modern Approach to Ancient Wisdom (2017). He retired in 2010 and moved to the Isle of Man where he pursues a variety of professional and leisure interests. 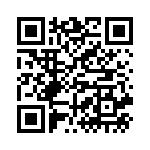