Blaine Whipple has been a commercial real estate broker in Portland, Oreg. since 1963 and authored a 202 page genealogy on his maternal family, Scott, in 1981. He is president of the Roots Users Group of Portland, a self-help group of amateur genealogists; former editor of the Gena Log, a quarterly newsletter of the Washington Country (Oreg.) famly History Society; a contributor to" Heritage Quest" The Genealogy Magazine; and a memeber of a number of genealogical societies in various parts of the U.S. He began his genealogical work on brothers Matthew and John Whipple of Bocking and Ipswich in the early 1950s doing original research in Bocking and in the various communities in the U.S. settled by his Whipple ancestors.

He has served as an Oregon State Senator, School Board Chairman, Water District Chairmen, Fire District Treasurer, and Emergency Medical Service District Board member. He has degrees from the U. Of Minnesota and the U. Of Oregon and is married with three children and five grandchildr 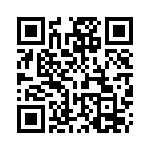