THE EDUCATION OF JOHN DEWEY: A Biography

A life of the philosophical pragmatist and education reformer that, like its subject, is sturdy, thoughtful, and rather drab."Retiring, mild manner, gentlemanly." So an FBI operative assigned to tail ... Read full review

The education of John Dewey: a biography

Appearing on the 50th anniversary of Dewey's death, this biography bears an appropriate title, nicely playing on Dewey's being known as the premier education reformer in American history. Of course ... Read full review

Jay Martin has written and edited twenty-one books, including authoritative biographies of Nathanael West, Henry Miller and Conrad Aiken; the standard history of American literature 1865-1914; a key psychoanalytic work on "fictive personality"; and autobiographical novels about the U.S.S.R. and the time he spent as a Buddhist monk in China. Formerly Leo S. Bing Professor of English at the University of Southern California, he is currently Edward S. Gould Professor of Humanities, former director of the Gould Center for Humanistic Studies of the Modern World, professor of government, and founder of the Questions of Civilization Program at Claremont McKenna College. He lives in Claremont, CA. 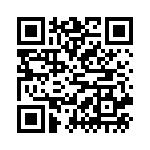