Marlo Thomas graduated from the University of Southern California with a teaching degree. She is the author of six bestselling books: Free to Be…You and Me; Free to Be…a Family; The Right Words at the Right Time; The Right Words at the Right Time, Volume 2: Your Turn!; Thanks & Giving: All Year Long; and her memoir, Growing Up Laughing: My Story and the Story of Funny. Ms. Thomas has won four Emmy Awards, a Peabody Award, a Golden Globe, and a Grammy, and has been inducted into the Broadcasting & Cable Hall of Fame for her work in television, including her starring role in the landmark series That Girl, which she also conceived and produced. She is the National Outreach Director for St. Jude Children’s Research Hospital, which was founded by her father, Danny Thomas, in 1962.

In 2010, Ms. Thomas launched her website, MarloThomas.com, on The Huffington Post and AOL. She lives in New York with her husband, Phil Donahue.

Bruce Kluger and David Slavin began writing and producing satire for National Public Radio's All Things Considered in 2002. Their cultural and political commentary has appeared in countless publications, including the Los Angeles Times, the New York Times, the Chicago Tribune, and dozens of other newspapers. Their work has also been featured prominently on the Huffington Post and Salon.com, which ran their acclaimed "Memo to George" series during the Bush II administration. Their satirical children's biography, Young Dick Cheney: Great American (AlterNet Books), was published in 2008. In 2009, Bruce coauthored Dear President Obama: Letters of Hope from Children Across America (Beckham Publications) and David contributed to the special 35th anniversary rerelease of Marlo Thomas's landmark children's book, Free to Be . . . You and Me (Running Press Kids). Bruce and David live one block from each other in New York City. 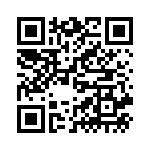