Page 3 - Man," he writes in an eloquent passage, "finds himself living in an aleatory world; his existence involves, to put it baldly, a gamble. The world is a scene of risk; it is uncertain, unstable, uncannily unstable. Its dangers are irregular, inconstant, not to be counted upon as to their times and seasons...‎
Appears in 31 books from 1926-2006

John Ryder is Professor of Philosophy and the Director of International Programs, State University of New York. Recent publications include Interpreting America: Russian and Soviet Studies of the History of American Thought, The Philosophical Writings of Cadwallader Colden (co-edited with Scott Pratt), and The Blackwell Guide to American Philosophy (co-edited with Armen Marsoobian).
Krystyna Wilkoszewska is Professor of Philosophy and Aesthetics at Jagiellonian University, Kraców, Poland. She is the author and editor of several books on aesthetics, including Art as the Rhythm of Life. Reconstruction of John Dewey's Philosophy of Art, and numerous articles in contemporary pragmatist aesthetics. 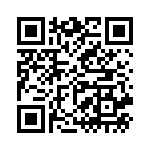