4 other sections not shown

Dave Saunders is a visiting tutor at the Department of Media Arts at Royal Holloway, University of London. 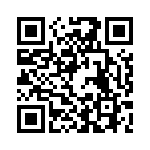