THE ENNOBLING OF DEMOCRACY: The Challenge of the Postmodern Era

Following in the wake of Allan Bloom's The Closing of the American Mind—a valiant attempt by Pangle (Political Science/Univ. of Toronto) to deconstruct deconstructionism and to post a warning of the ... Read full review

Thomas L. Pangle is professor of political science at the University of Toronto. His many acclaimed publications include Montesquieu's Philosophy of Liberalsim and The Spirit of Modern Republicanism: The Moral Vision of the American Founders and the Philosophy of Locke. He has also published a number of translations of Platonic dialogues, including The Laws of Plato and The Roots of Political Philosophy: Ten Forgotten Socratic Dialogues. 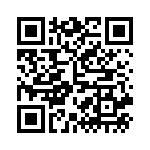