Page 19 - The swallow over my window should interweave that thread or straw he carries in his bill into my web also. We pass for what we are. Character teaches above our wills. Men imagine that they communicate their virtue or vice only by overt actions, and do not see that virtue or vice emit a breath every moment.‎
Appears in 198 books from 1796-2008

John Gibson is Visiting Assistant Professor at Temple University, US.

Wolfgang Huemer is Assistant Professor of Philosophy at the University of Erfurt, Germany, and the author of The Constitution of Consciousness (Kluwer, forthcoming). 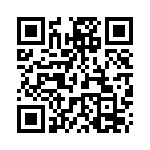