One might think Cape Cod's Cornwell is universally admired for his British historicals featuring Richard Sharpe, whose career Cornwell captures in back-and-forth leapfrog fashion from 1799 to 1821 ... Read full review

Sharpe's Trafalgar: Richard Sharpe and the Battle of Trafalgar, October 21, 1805

The 17th in Cornwell's Richard Sharpe series, this is a bit different. In the tradition of Patrick O'Brian, it takes place at sea rather than on the usual battlefield. Sharpe finds himself on a ... Read full review

Page 58 - Look down, we beseech thee, and hear us, calling out of the depth of misery, and out of the jaws of this death, which is ready now to swallow us up: Save, Lord, or else we perish. The living, the living, shall praise thee. O send thy word of command to rebuke the raging winds, and the roaring sea; that we, being delivered from this distress, may live to serve thee, and to glorify thy name all the days of our life. Hear, Lord, and save us, for the...‎
Appears in 33 books from 1815-2007
Page 57 - AWAKE, my soul, and with the sun Thy daily stage of duty run ; Shake off dull sloth, and joyful rise To pay thy morning sacrifice.‎
Appears in 751 books from 1755-2008
More
Page 269 - Phil to pass the bags up to Nigel in the roof he had washed himself in the kitchen and was walking back to the hut when he saw the compound gates open and a German army lorry drive at full speed towards the canteen. He knew what was about to happen and he could do nothing to stop it.‎
Appears in 4 books from 1950-2003
Page 193 - God to take out of this transitory life, unto liis divine mercy, the Most Noble Lord Horatio Nelson, Viscount and Baron Nelson of the Nile, and of Burnham Thorpe, in the County of Norfolk, Baron Nelson of the Nile, and of Hilborough, in the same County ; Knight of the Most Honourable Order of the Bath ; Vice-Admiral of th...‎
Appears in 15 books from 1806-2005
Page 47 - And the Lord has chosen thee to be a peculiar people unto himself above all the nations that are upon the earth.‎
Appears in 16 books from 1851-2007
Page 70 - For a moment he felt as though he were trapped but when she put her arms around his neck and pulled his face to hers and kissed him...‎
Appears in 4 books from 1958-2001
Less

BERNARD CORNWELL is the author of over fifty novels, including the acclaimed New York Times bestselling Saxon Tales, which serve as the basis for the hit Netflix series The Last Kingdom. He lives with his wife on Cape Cod and in Charleston, South Carolina. 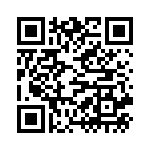