Page 13
He cumbers himself never about consequences , about interests : he gives an independent , genuine verdict . You must court him : he does not court you . But the man is , as it were , clapped into jail by his consciousness .
Page 25
The consciousness of a train of great days and victories behind . There they all stand and shed an united light on the advancing actor ☘ He is attended as by a visible escort of angels to every man's eye .
Page 30
a Self- the Law in his person , was the hieroglyphic by which Reliance they obscurely signified their consciousness of their own right and comeliness , the right of every man . The magnetism which all original action exerts is explained ...
Page 41
The populace think that your rejection of popular standards is a rejection of all standard , and mere antinomianism ; and the bold sensualist will use the name of philosophy to gild his crimes . But the law of consciousness abides .
Page 45
It supposes dualism and not unity in nature and consciousness . As soon as the man is at one with God , he will not beg . He will then see prayer in all action . The prayer of the farmer kneeling in his field to weed it , the prayer of ...

I recommended this work to my 21 year old Son , who presently is away at University. These words penned some 150 years ago , still ring so true. The assurance , and encouragement , to listen to your heart , and to believe in your inner voice. Timeless.

Page 22 - never to rely on your memory alone, scarcely even in acts of pure memory, but bring the past for judgment into the thousand-eyed present, and live ever in a new day. Trust your emotion. In your metaphysics you have denied personality to the Deity: yet when the devout motions of the soul come,‎
Appears in 165 books from 1841-2006
Page 16 - shall that pass? 5$ If an angry bigot assumes this bountiful cause of Abolition, and comes to me with his last news of the Barbadoes, why should I not say to him, "Go love thy infant; love thy woodchopper: be good-natured and modest: have that grace; and never varnish, your hard, uncharitable ambition with this‎
Appears in 129 books from 1841-2006
More
Page 23 - Is it so bad then to be misunderstood? Pythagoras was misunderstood, and Socrates, and Jesus, and Luther, and Copernicus, and Galileo, and Newton, and every pure and wise spirit that ever took flesh. To be great is to be misunderstood. I suppose no man can violate his nature. All the sallies of his will are rounded in by the law of his‎
Appears in 298 books from 1841-2006
Page 31 - we discern truth, we do nothing of ourselves, but allow a passage to its beams. If we ask whence this comes, if we seek to pry into the soul that causes,—all metaphysics, all philosophy is at fault. Its presence or its absence is all we can affirm‎
Appears in 176 books from 1841-2006
Page 13 - it is he! it is that very lump of bashfulness and phlegm which for weeks has done nothing but eat when you were by, that now rolls out these words like bell-strokes. It seems he knows how to speak to his contemporaries. Bashful or bold, then, he will know how to make us seniors very unnecessary.‎
Appears in 123 books from 1841-2006
Page 31 - is the fountain of action and the fountain of thought. Here are the lungs of that inspiration which giveth man wisdom, of that inspiration of man which cannot be denied without impiety and atheism. We lie in the lap of immense intelligence, which makes us organs of its activity and receivers of its truth. When we discern justice,‎
Appears in 140 books from 1841-2006
Page 55 - avail to educate greater men than Plutarch's heroes, three or four centuries ago. Not in time is the race progressive. Phocion, Socrates, Anaxagoras, Diogenes, are great men, but they leave no class. He who is really of their class will not be called by their name, but be wholly his own man, and in‎
Appears in 104 books from 1841-2006
Page 57 - is seeking after thee; therefore be at rest from seeking after it." Our dependence on these foreign goods leads us to our slavish respect for numbers. The political parties meet in numerous conventions; the greater the concourse, and with each new uproar of announcement, The delegation from Essex! The‎
Appears in 116 books from 1827-2006
Page 35 - It is as easy for the strong man to be strong, as it is for the weak to be weak. When we have new perception, we shall gladly disburthen the memory of its hoarded treasures as old rubbish. When a man lives with God, his voice shall be as sweet as the murmur of the brook and the rustle of the corn.‎
Appears in 210 books from 1841-2006
Page 43 - We want men and women who shall renovate life and our social state, but we see that most natures are insolvent; cannot satisfy their own wants, have an ambition out of all proportion to their practical force, and so do lean and beg day and night continually. Our‎
Appears in 114 books from 1841-2006
Less 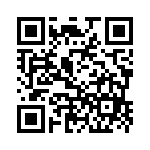