Timothy Walsh is a senior advisor at the Cross-College Advising Service at the University of Wisconsin at Madison. His poems, short stories, and essays have appeared in numerous literary magazines. 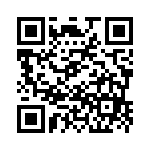