James elucidates his conception of meaning as possibility-of-use-value in clear, amicable language that uninitiated readers can appreciate. Read full review

Pragmatism is not a synonym for practical: the original essay must be read if you want to use the term. Read full review

Older brother of novelist Henry James, William James (1842-1910) was a philosopher, psychologist, physiologist, and professor at Harvard. James has influenced such twentieth-century thinkers as Richard Rorty, Jurgen Habermans, Michel Foucault, and Julia Kristeva.Giles Gunn is Professor of English and of Global & International Studies at the University of California at Santa Barbara. He is author of 'Culture of Criticism and Criticism of Culture' and edited Early American Writing for Penguin. 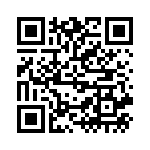