John Potter is editor of The Cambridge Companion to Singing (2000) and his book Tenor: History of a Voice was published in 2009. He has contributed articles to many academic journals and chapters to other books, including The Cambridge History of Medieval Music (forthcoming) and The Cambridge History of Musical Performance (2012). He is Reader Emeritus in Music at the University of York, having stepped down from his lectureship in 2010 to focus on his portfolio of freelance projects. His most recent book, published by Cambridge University Press in 2012, is A History of Singing (jointly authored with ethnomusicologist Neil Sorrell). As a singer John has partnerships with instrumentalists in various parts of the world, notably the Argentinian lutenist and vihuelist Ariel Abramovich, the American medieval harpist Jan Walters and the British electro-acoustic composer Ambrose Field. He also sings with Red Byrd, The Dowland Project, the Gavin Bryars Ensemble and German group The Sound and the Fury. His most recent venture is Cantum Pulcriorum Invenire, a research project at the University of Southampton, which will see the release of three CDs of twelfth-century music on Hyperion, and a multimedia live version with tenor Christopher O'Gorman and video artist Michael Lynch. John spent eighteen years with the Hilliard Ensemble and his complete discography runs to some 150 titles. He also coaches vocal ensembles all over the world and chairs the ensemble contest jury at the Tampere Vocal Festival (Finland). 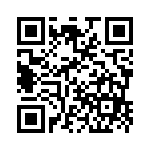