Craig Nagel lives in the woods near Pequot Lakes, Minnesota, with his wife, Claire. He divides his time between writing, reading, traveling, sailing, building things of stone, and having fun with his grandkids. To date he’s published over 600 essays and several dozen children’s stories. He is currently at work on a novel. 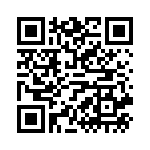