Page 179
The perusal , however , over , he conducted the man to the door of the death - chamber . " Allow Signor Luigi to pass , " said he to the sentinel . The soldier presented arms to the com- mandant . Luigi entered .
Page 299
Death coming on animals in this way , would be no King of Terrors ; he would be as little fearful , he would often be as welcome , as his twin - brother , Sleep . Death in such a shape would not , we think , be invested by us with posi- ...
Page 300
Death , which is not necessarily unbenevolent , not only reigns over organic nature , but something shows itself far more anomalous in a happy world - name- ly , pain ; and where violent death and pain go together , and are constantly ... 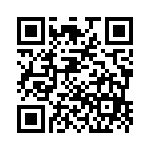