Kevin Hart is a professor of English at the University of Notre Dame. Geoffrey H. Hartman is the Sterling Professor (Emeritus) of English and Comparative Literature at Yale University. 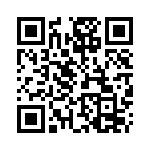