Melville: the making of the poet

No less a literary critic than Alfred Kazin once said of Herman Melville's experiments with poetry, "Poetry was just a sideline with Melville; it was never important to him, and he was never good at ... Read full review

Hershel Parker, H. Fletcher Brown Professor Emeritus at the University of Delaware, is the associate general editor of the Northwestern-Newberry The Writings of Herman Melville. His publications include Flawed Texts and Verbal Icons, Reading "Billy Budd”, and the 1995 edition of Melville's Pierre, or, The Ambiguities, illustrated by Maurice Sendak. He is also the author of the two-volume Herman Melville: A Biography, 1819-1851 (1996) and Herman Melville: A Biography, 1851-1891 (2002), the first a Pulitzer finalist and each the winner of the highest award from the Association of American Publishers' Professional/Scholarly Publishing Division. 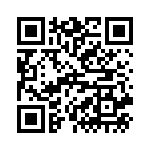