ENTROPY AND THE MAGIC FLUTE

More short essays (49, no less) in this latest collection (Mayonnaise and the Origin of Life, 1985, etc.) culled from Morowitz's regular contributions to Hospital Practice. There's some attempt at ... Read full review

Harold J. Morowitz is Robinson Professor of Biology and Natural Philosophy at George Mason University in Virginia. He writes a regular essay column for Hospital Practice, and has contributed to Psychology Today, Discover, and The New York Times. 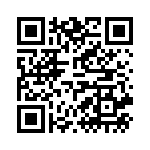