If you ever suffer from feeling like a victim, this book will help you see your worth and how to empower you. I would definitely recommend it. Read full review

This book deals with how to avoid being a victim. I wish I'd discovered this book more than thirty years ago when we bought our house. I could have used Dr. Dyer's advice every time we needed to hire someone to fix something. I think this book warrants more than one reading. Read full review

Page 216 - Even if you're on the right track you'll get run over if you just sit there.‎
Appears in 375 books from 1937-2009
Page 41 - This is the true joy in life, the being used for a purpose recognized by yourself as a mighty one; the being thoroughly worn out before you are thrown on the scrap heap; the being a force of Nature instead of a feverish selfish little clod of ailments and grievances complaining that the world will not devote itself to making you happy.‎
Appears in 473 books from 1865-2008
More
Page 20 - ... ^Simplicity, simplicity, simplicity ! I say, let your affairs be as two or three, and not a hundred or a thousand; instead of a million count half a dozen, and keep your accounts on your thumb nail.‎
Appears in 289 books from 1845-2008
Page 51 - I stand and look at them long and long. They do not sweat and whine about their condition, They do not lie awake in the dark and weep for their sins They do not make me sick discussing their duty to God, Not one is dissatisfied, not one is demented with the mania of owning things...‎
Appears in 435 books from 1875-2008
Page 55 - It is impossible that anything so natural, so necessary, and so universal as death, should ever have been designed by Providence as an evil to mankind.‎
Appears in 104 books from 1801-2007
Page 96 - This whole earth which we inhabit is but a point in space. How far apart, think you, dwell the two most distant inhabitants of yonder star, the breadth of whose disk cannot be appreciated by our instruments? Why should I feel lonely? Is not our planet in the Milky Way?‎
Appears in 139 books from 1854-2008
Page 72 - Whoso would be a man must be a nonconformist. He who would gather immortal palms must not be hindered by the name of goodness, but must explore if it be goodness. Nothing is at last sacred but the integrity of your own mind.‎
Appears in 501 books from 1845-2008
Page 183 - It is true, I never assisted the sun materially in his rising, but, doubt not, it was of the last importance only to be present at it.‎
Appears in 81 books from 1882-2006
Page 75 - It is this, let me tell you — that the strongest man in the world is he who stands most alone.‎
Appears in 211 books from 1892-2007
Less

Wayne W. Dyer is one of the most widely read authors today in the field of self-development. He is the author of many books, including such bestsellers as Your Erroneous Zones, You'll See It When You Believe It, and Real Magic.

A psychotherapist, Dyer received his doctorate in counseling psychology from Wayne State University and the University of Michigan, and has taught at many levels of education from high school through graduate study. He is the co-author of three textbooks, contributes to numerous professional journals and lectures extensively in the United States as well as abroad.

He appears regularly on radio and television shows around the country. 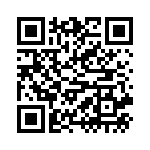