This was an interesting read for me. As a spiritualist atheist (and therefore the Bad Guy in the story), I found it fascinating to find more similarities than differences between my belief system and ... Read full review

review by Jackie Flowers: Jan 7, 2018 Genre: adult Author is local and lives in Combermere, Ontario. He is a full time artist as well. Page turner Good take on the apocalypse Priest going through the ... Read full review

Michael D. O'Brien, iconographer, painter, and writer, is the popular author of many best-selling novels including Father Elijah, Strangers and Sojourners, Elijah in Jerusalem, The Father's Tale, Eclipse of the Sun, Sophia House, The Lighthouse, and Island of the World. His novels have been translated into twelve languages and widely reviewed in both secular and religious media in North America and Europe. 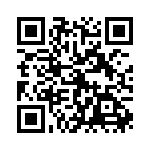