Tens of thousands of people in Australia, China, Asia, the USA and New Zealand, along with major corporations, have attended Brendan's dynamic seminars. He has spent three decades researching the cutting edge of business and personal development. He was highly successful in the real world before he started writing and teaching.. In the 1980's he ran a massively successful project marketing company where every sales person in the company was in the top 1% of producers in the country. He has shared the stage with the likes of Tom Hopkins and Robert Kiyosaki and is regarded as a dynamic and passionate speaker. He is a best selling author and has done over 100 media interviews, being featured by major magazines, newspapers and television stations. His ?success code? is widely regarded as a real breakthrough in people seeking a more successful and fulfilling life. He has received literally hundreds of emails from people who have said that the information contained within The Success Code has changed their life. 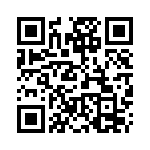