I'm currently reading this withkeen interest since my grandfather C.A. Larson, a pacificst Lutheran preacher, shared the poduium with Lindbergh, Sr., at a July 4 peace rally in Triumph, Minnesota. Subsequently, he was imprisoned (primarily or his own safety. When he was released, he and the family (incl. my mother, Signe Larson) "escaped" to Canada for the duration of the war. I see that Lindbergh (and apparently his son) were convinced that sinister manipulative forces were controlling the supply of money, from big business to the distributive channels of the banking system. So, besides the peace initiative, Lindbergh may have had an economic argument to support it.
The problem with all of the arguments against a coorupt money system and the unequal distribution of wealth is that they inevitably provoke charges of anti-Semitism. (Lindbergh's son had to deal with the same accusations of bias.) If there is any basis to the charges against a long-suffering people, I hope to discern them as well as to understand more completely arguably the greatest poet, critic, and man of letters of the 20th century--responsible for changing the work of T.S.Eliot, W.B. Yeats, Joyce, Hemingway and so many others besides his own formidable creations ("The Cantos"--the most notoriously difficult poem in the language). During the 2nd World War Pound began ranting against the West's system of "usury" (the userers, while receiving little attention by Dante, are placed in one of the circles in lower hell in the cantos of "The Inferno"). Because of his "apparent" lunacy together with his perceived racism, Pound was incarcerated in the U.S. after the War and relegated to a footnote, a silent one. (Poets are, to my mind, musicial artists. The meanings of poets and composers are both dependent upon the "temporal" whereas the visual artists use the language of "space.")
Geniuses have their demons, warts, compulsions--without which their works of art would not be what they are If there is beauty in Pound' poetry,, II would hate to see it suppressed by the "oppressive" orces against which he was rightly or wrongly railing. That would be like the contingency that suddently decided they wanted no further engagement (of themselves or their families) with "the Nutcracker" because Tchaikowsky was gay.

Page 57 - WHERE the mind is without fear and the head is held high; Where knowledge is free; Where the world has not been broken up into fragments by narrow domestic walls; Where words come out from the depth of truth; Where tireless striving stretches its arms towards perfection; Where the clear stream of reason has not lost its way into the dreary desert sand of dead habit; Where the mind is led forward by thee into ever-widening thought and action — Into that heaven of freedom, my Father, let...‎
Appears in 843 books from 1379-2008
Page 83 - All eyes are opened, or opening, to the rights of man. The general spread of the light of science has already laid open to every view the palpable truth, that the mass of mankind has not been born with saddles on their backs, nor a favored few booted and spurred, ready to ride them legitimately, by the grace of God.‎
Appears in 486 books from 1820-2008
More
Page 59 - Once to every man and nation comes the moment to decide, In the strife of truth with falsehood, for the good or evil side; Some great cause, God's New Messiah, offering each the bloom or blight, Parts the goats upon the left hand and the sheep upon the right; And the choice goes by forever 'twixt that darkness and that light.‎
Appears in 276 books from 1844-2007
Page 57 - BE NOBLE ! and the nobleness that lies In other men, sleeping, but never dead, Will rise in majesty to meet thine own...‎
Appears in 436 books from 1840-2008
Page 82 - I see, in the near future, a crisis approaching that unnerves me, and causes me to tremble for the safety of my country. As a result of the war, corporations have been enthroned and an era of corruption in high places will follow, and the money power of the country will endeavour to prolong its reign by working upon the prejudices of the people, until all wealth is aggregated in a few hands, and the Republic is destroyed.‎
Appears in 114 books from 1883-2008
Page 83 - I hope we shall crush in its birth the aristocracy of our moneyed corporations, which dare already to challenge our government to a trial of strength and bid defiance to the laws of our country.‎
Appears in 61 books from 1899-2008
Page 99 - ... to an island deserted by all but a few servants, living there a full week under such rigid secrecy that the name of not one of them was once mentioned lest the servitors learn their identity and disclose to the world this strangest, most secret episode in the history of American finance.‎
Appears in 15 books from 1914-1985
Page 197 - Undoubtedly wages have advanced sharply since the war began, yet the average wage increase since 1912 has been small, even in union labor, when compared with the rise In the prices in necessaries of life. The index figures published in the April "Review" of the United States Bureau of Labor statistics show that in the large field of union labor there has been a rise of only nine points from 1912 to 1916, Inclusive. Index figures for 1917 are not yet available; but, even if we were to assume that...‎
Appears in 8 books from 1917-1934
Page 84 - Slavery is likely to be abolished by the war power, and chattel slavery destroyed. This, I and my European friends are in favor of ; for slavery is but the owning of labor, and carries with it the care of the laborer ; while the European plan, led on by England, is capital control of labor by controlling wages.‎
Appears in 42 books from 1883-2007
Page 25 - It has indeed been humiliating to the American people to see how the wealth grabbers, owners of the "big press," actually attempt by scurrilous editorials and specially prepared articles, to drive the people as if we were a lot of cattle, to buy bonds, subscribe to the Red Cross, to register for conscription and all the other things. The people will do their duty without being hectored in advance by the "big interest‎
Appears in 10 books from 1917-1989
Less

American aviator Charles Lindbergh was born in Detroit but grew up primarily in Minnesota with his mother. After working as an airmail pilot, he achieved world fame by making the first nonstop solo transatlantic flight from New York to Paris in May 1927. On the eve of World War II, Lindbergh advocated a policy of neutrality and opposed the entry of the United States into the war. Critical of U.S. foreign policy, some Americans accused him of being a Nazi sympathizer. After Pearl Harbor, he stopped his noninvolvement activity and served as a civilian adviser to the U.S. Army and Navy. Although a civilian, he also flew numerous combat missions in the Pacific. After the war, Lindbergh worked with Pan American Airways and the National Medical Center. According to some critics, Lindbergh's autobiography, "The Spirit of St. Louis" (1953), is a magnificent book, an important historic document that reveals both a fascinating individual and a remarkable look at the nation and the fledgling aviation industry that would eventually become a great source of national strength and power. The book is the contemplative, almost hour-by-hour account of Lindbergh's famed transatlantic flight. In 1967, the New York Times celebrated the fortieth anniversary of Lindbergh's transatlantic flight by reprinting his original account as it appeared in that newspaper on May 23, 1927. In the late 1960's, Lindbergh became involved in the conservation movement and campaigned for the protection of various endangered species. He also opposed the development of supersonic transport planes, because he believed that they would have a harmful effect on the earth's atmosphere. During his last years, Lindbergh was afflicted with incurable cancer, and he chose to spend his last days at his retreat on the Hawaiian Island of Maui. He died there and was buried with private ceremonies in an unmarked grave. 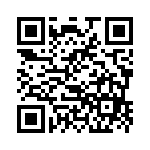