This is the second volume of the definitive collection of Dibdin's songs, including piano arrangements. For Dibdin fans, this is it. I've recorded several with these arrangements as part of the album "The Top Hits of 1776" which may be seen/heard complete for free at http://www.astrococktail.com/tophits1776.html. This volume has both words and music to major hits not included in the first volume, such as "Lovely Nan", "Tom Tackle", "and "While Up The Shrouds", mainly because it includes more from the Entertainments Sans Souci, one of Dibdin's most delectable offerings. Still there are many for which one longs for the tunes, such as "The Hare Hunt", where only the lyrics are included, so earlier texts have to be sought out, as is the case for many of his less-famous songs.
If there is any downside to the collection, it is the style of the arrangements, which though florid are a bit overly Victorian in that respect, whereas earlier arrangements closer to Dibdin's time are a bit more fluid and closer to the original, informal style in which he performed them. But that is a small thing, considering how wonderful it is to have so much of Britain's most prolific and talented pop songwriter in one place.
-- John Townley, Sea Cliff, NY, USA
www.astrococktail.com/music.html 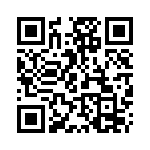