A fifth-generation Floridian, Marilyn Bishop Shaw writes from her roots for young readers, an audience she knows well after thirty years of teaching. She holds degrees from Florida State University and the University of Florida. Bitten by the travel bug during a summer at Oxford University, she now leads groups on European tours every other year. Ms. Shaw lives on a farm in north central Florida with her husband. 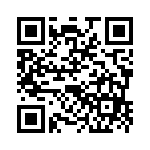