Page vii - A foolish consistency is the hobgoblin of little minds, adored by little statesmen and philosophers and divines. With consistency a great soul has simply nothing to do.‎
Appears in 837 books from 1377-2008
Page 14 - Thereby, modern philosophy has been ruined. It has oscillated in a complex manner between three extremes. There are the dualists, who accept matter and mind as on an equal basis, and the two varieties of monists, those who put mind inside matter, and those who put matter inside mind. But this juggling with abstractions can never overcome the inherent confusion introduced by the ascription of misplaced concreteness to the scientific scheme of the seventeenth century.‎
Appears in 44 books from 1925-2007
More
Page 19 - There is a certain degree of it which is necessary to our being subjects of law and government, capable of managing our own affairs, and answerable for our conduct towards others : this is called common sense, because it is common to all men with whom we can transact business, or call to account for their conduct.‎
Appears in 55 books from 1814-2006
Page vii - Is it so bad then to be misunderstood? Pythagoras was misunderstood, and Socrates, and Jesus, and Luther, and Copernicus, and Galileo, and Newton, and every pure and •wise spirit that ever took flesh. To be great is to be misunderstood.‎
Appears in 326 books from 1796-2008
Page 13 - Every passion is mortified by it, except the love of truth; and that passion never is, nor can be, carried to too high a degree. It is surprising, therefore, that this philosophy, which, in almost every instance, must be harmless and innocent. should be the subject of so much groundless reproach and obloquy.‎
Appears in 50 books from 1804-2007
Less 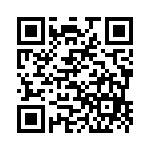