Morris was the Victorian Age's model of the Renaissance man. Arrested in 1885 for preaching socialism on a London street corner (he was head of the Hammersmith Socialist League and editor of its paper, The Commonweal, at the time), he was called before a magistrate and asked for identification. He modestly described himself upon publication (1868--70) as "Author of "The Earthly Paradise,' pretty well known, I think, throughout Europe." He might have added that he was also the head of Morris and Company, makers of fine furniture, carpets, wallpapers, stained glass, and other crafts; founder of the Society for the Protection of Ancient Buildings; and founder, as well as chief designer, for the Kelmscott Press, which set a standard for fine book design that has carried through to the present. His connection to design is significant. Morris and Company, for example, did much to revolutionize the art of house decoration and furniture in England. Morris's literary productions spanned the spectrum of styles and subjects. He began under the influence of Dante Gabriel Rossetti with a Pre-Raphaelite volume called The Defence of Guenevere and Other Poems (1858); he turned to narrative verse, first in the pastoral mode ("The Earthly Paradise") and then under the influence of the Scandinavian sagas ("Sigurd the Volsung"). After "Sigurd," his masterpiece, Morris devoted himself for a time exclusively to social and political affairs, becoming known as a master of the public address; then, during the last decade of his life, he fused these two concerns in a series of socialist romances, the most famous of which is News from Nowhere (1891). 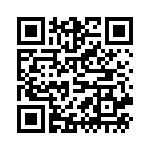