Page 101
He had been religion , and the polity of the time , and at Cologne , and had seen the the indefatigable student , in little less than a year , wrote and despatched the cappucci bassi “ Opus Majus , " the “ Opus Minus , " and Dinanzi ...
Page 196
Yet , I remember , as a child , might be seen by the maize and the vines , hearing a peasant ditty – while the average of the soil is certainly C'est demain dimanche , as good . The women were carrying great Les garçons vont les prier ...
Page 436
There of thing can be seen anywhere . We in . were olives and vines and flowers , and tend to take boat , and punt up among the goats in picturesque attitudes on frag . papyri to the Fountain of Cyane ; possi . ments of rock .

31 other sections not shown 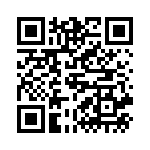