SOME NECESSARY ANGELS: Essays on Writing and Politics

Parini is an accomplished novelist (Benjamin's Crossing, p. 410, etc.), poet, biographer, and critic, so it is no surprise that these essays roam all over the literary map. In fact, this volume feels ... Read full review

Some necessary angels: essays on writing and politics

Typical of such gatherings, these previously published essays deal in part with writers the author admires (such as Blake, Frost, Roethke, and Heaney) and with mentors who personally affected his ... Read full review

Jay Parini is Axinn Professor of English at Middlebury College. A former Guggenheim Fellow and visiting fellow at Christ Church College, Oxford, Parini has published four volumes of poetry, five novels (including The Last Station and Benjamin's Crossing), a critical study of Theodore Roethke, and biographies of John Steinbeck and Robert Frost. The latter won the Chicago Tribune Heartland Award for the best work of nonfiction in 1999. He has also edited numerous volumes, including The Norton Anthology of American Autobiography, The Columbia Anthology of American Poetry, and The Columbia History of American Poetry. 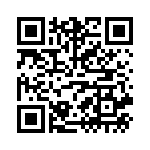