Page 79
There are two tendencies turies point to one special end , the attain- which stand somewhat sharply contrasted ment of which would lead mankind , they in human nature ( but which are not so dissay , to blessedness .
Page 109
Let us with his whip to Villa Eden , said , “ There's not , at such an hour as this , stand in hosno queerer state of things anywhere than tility to each other . ” in this world . ” In the midst of his deep “ You can talk well : I know ...
Page 532
“ Stand out of the way of the Zahleh , Aleppo , Beyrout , Seydà , and the Commander of the Faithful , ” said some one rest , and the inhabitants of the open plains , of the riders to the boy . “ Neither are you of the Bekaân , Hawran ...

28 other sections not shown 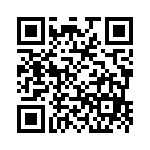