IN RETROSPECT, I DON'T THINK THAT DAD REALLY CARED FOR THESE CONTEMPLATIVE THINGS. HhISTORY AND BIOGRAPHY, AND GEOGRAPHY AND OCCASIONALY CHURCH BOOKS WERE MORE TO HIS TASTE Read full review

Found an old copy at the lovely Strand in NYC last month. I've been carrying it with me since and I'm sure I will go abck to it consistantly once i read through them all. Read full review

Ralph Waldo Emerson was born in Boston, Massachusetts in 1803. A self-proclaimed "Naturalist," Emerson founded a distinctly American philosophy emphasizing optimism, individuality, and mysticism. In the 1840's, his essays, speeches, and poetry defined him as a central character in the Trancendental movement, and ultimately shaped him into one of the most influential literary figures of the nineteenth century. He died of pneumonia in 1882 in Concord, Massachusetts. 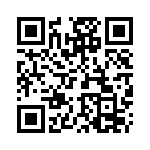