A professor at Manchester University known for his novels (e.g., Daggerman, LJ 5/1/80), Francis explores here how the Transcendentalists regarded two of their many communities--Brook Farm and ... Read full review

Richard Francis is Professor of Creative Writing at Bath Spa University College. His is the author of nine novels and of biographies of Ann Lee, the founder of the Shakers, and Samuel Sewall, one of the Salem witch trial judges. 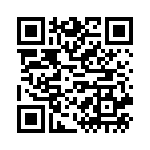