Randall Bennett Woods is John A. Cooper Distinguished Professor of History at the University of Arkansas. He has written widely on twentieth-century American history, including Dawning of the Cold War (1991), Changing of the Guard (1990), and Fulbright: A Biography (1995), which won both the Ferrell and Ledbetter Prizes. He was also editor of Vietnam and the American Political Tradition: The Politics of Dissent (Cambridge, 2003). 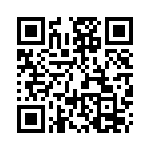